A brand new version of pool designed by British snooker legend Steve Davis. Not only did I have to design a space age set that was shot in a Methodist church hall in Westminster ( right beside the house of parliament ) ..really ! but I also got to work closely with all the snooker legends as they helped me to design the Ten Ball table itself.

Invented by Russ Lindsay and Peter Powell, with Barry Hearn and Steve Davis.

Many ITV regions declined to show the series, and it was only shown in the LWT, Granada, Central, Yorkshire, Tyne Tees and Border regions. 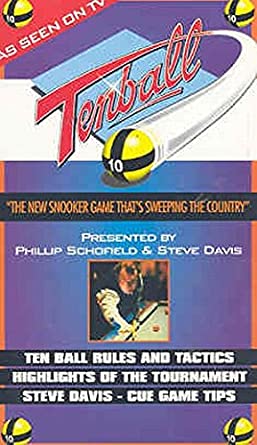 Tenball is a new, fast and exciting variation of snooker where potting is the prime motive and safety shots are a thing of the past.Top performers from the world of snooker demonstrate the dynamic new game.

This was meant to be a stunning new sport wasn't it? So good in fact that after work or down the pub on Fridays... we still play pool. Classy.

Still, let's give this a chance. After all, if Phillip Schofield can act with a load of wooden animals on stage, working with this load of balls should be no problem.

Two professional snooker players would square up against each other. The first major difference from standard snooker was the presence of the yellow and black "Tenball", which was worth (get this!) ten points, and was obviously the crowning glory. It was placed in the middle of the table, surrounded by 15 reds in a diamond configuration. The second major difference was that in each break, the first colour the player potted after potting a red determined the points value of all the colours in that break (so if the "Tenball" was the first colour potted, all the colours in that break would be worth ten points). With the colours being potted in sequence for their original points values after the final red was potted, the maximum break was precisely 200.

There were also various special rules aimed at speeding up the game. These included at least one ball having to hit a cushion or be potted on every stroke, balls not being returned to their previous positions after a foul, and balls only being cleaned if something actually got stuck to them (unlike standard snooker, a mere accumulation of chalk dust didn't count). 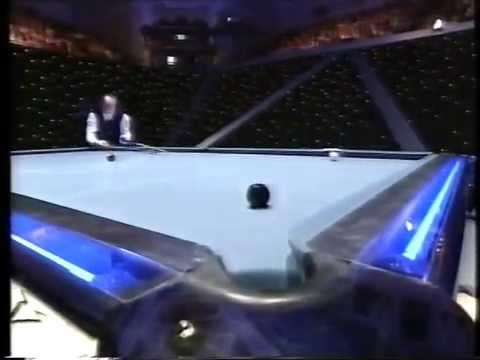