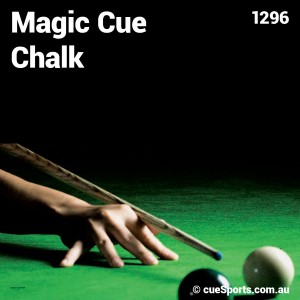 If you’re looking for chalk that only requires one or two applications per frame but don’t want to shell out a heap of money on Kamui’s products, Magic Chalk is the stuff for you.

Made in Russia, this chalk is designed to have almost magical adhesive properties. Some say it’ll last you three or four games before you need to reapply it. We suspect that some of these people had such great results because they were shutout and only made a few shots! The point still stands though ?? there’s enough people claiming that this chalk is amazing to warrant its reputation.

Although Magic Chalk is expensive, these cubes will last for ages, so they’re pretty good value for money. You can pick up a two-pack for a reasonable price, so if you don’t like it you’re not stuck with a heap of excess chalk.

So how’s the actual performance? Magic Chalk offers great English considering the cost ?? miscues are extremely rare even when playing a heap of side. It can get on your hands and cue, but it’s not an especially messy chalk.

Magic Chalk can also leave marks on the cueball, because it transfers a bit easier than Kamui. This is the only issue with this chalk really, apart from the lack of available colors other than blue.

From deep in the heart of the Motherland, comes the one and only Magic Chalk! This high performance chalk from across the sea comes in boxes of two cubes and comes in a rich blue.